What does reflex integration have to do with connection?

I was sitting in a church pew and waiting for service to begin. I was people-watching and caught sight of a lady who had just locked eyes on her friend. Both of their faces lit up with huge smiles, and then a warm hug. I was witnessing connection at work. Her connection to that friend, and now this church, is the reason she's here.

It's 9:30am on a cloudy, cold Sunday morning. She could be at home, working on a second cup of coffee in her PJs. Instead, she's dressed with hair done and church shoes on. She's not here because she gets a reward; they don't hand out door prizes here. She's not going to be fined if she doesn't attend. She could probably live stream the sermon and receive the same message. So why is she here?

Connection. drives us. When we feel connected to a person or even an organization, we are more likely to attend, participate, care and contribute. We are hard-wired to be inter-dependent members of a community. It's the ultimate motivator to do good, and to be good. If connected adults are more productive, happier, generous people then it's pretty clear to me what our kids need. And do you know what children with different wiring struggle with most?

They have dysfunctional reflex patterns. Their attention, their thinking brain, their cortex, their cognitive control should be focused on learning new skills - curiously watching their moms and dads talk and put away dishes, exploring new toys and friends. Instead these kids' attention is sucked up and drained out by filtering out relevant sounds, maintaining upright posture, feeling grounded, feeling safe in their own body, breathing, standing, walking - all of the things that should be automatic.

Alarm systems go off when there shold be none, the autonomic nervous system isn't reglated, and sometimes basic human contact feels like a threat. They want and need to connect with us, they just need help. Which is why they need a program for establishing safety and regulation in their bodies. MNRI does that. What is MNRI?

Masgutova Neurosensorimotor Reflex Integration. MNRI rewires the child's nervous system to allow their automated systems to work for them instead of against them. To break it down further, here is one reflex, out of the close to twenty reflex patterns addressed. Let's take Hand Supporting reflex, which is both developmental and protective.

Outside of the MNRI community, I often hear reference only to the protective functions of reflexes, and talk about either being "retained" or "integrated." You'll hear me use "dysfunctional" or "functional" instead. Although there is much more to the story, I hope these descriptions are more clear. It also illustrates the very important assertion that both Dr. Masgutova and Vygotsky share, which is that:

Reflexes are never inhibited, and that is not the goal. Rather, they are integrated into the higher level systems of the brain.

So, back to Hand Supporting Reflex Pattern. This reflex can be seen (hopefully) lifelong. It activates as we catch a curb with our foot and fall, face-first, toward the concrete. In comes Hand Supporting to subconsciously extend our arms in front of us so that our teeth are spared. Babies use Hand Supporting to catch their fall as they are learning to sit up. But that's not all! Those are just the protective functions of the reflex!

Hand Supporting reflex is the reason the child practices pushing up off the ground from their belly, as a baby. The input of the base of the palm on the ground (sensory input) activates the reflex pattern in the brain (neuro) and triggers a response (motor). Here we have a sensory-motor circuit, because of the genetically-encoded reflex. It gets practiced and strengthened, or myelinated, at a time when brain changes and growth occur at rapid speeds - 0-6 months of life.

This reflex, of course, doesn't occur in a vacuum. The child's vision accommodates to either seeing the toy move away from them as they push up onto extended arms or closer to them as they return to the floor. (This is convergence and divergence - ocular-motor skills! and in relation to movement!) The baby's vestibular system registers the change, in concert with Symmetric Tonic Neck Reflex, to prepare for crawling. The baby's brain starts to learn through movement, this reflex, and their vision: the length of their arm, how far away the ground is, and ultimately they internalize the end range of their body-in -space.

So this beautiful, genetically-encoded, masterpiece of a reflex is developing subconscious awareness of personal space. What does it mean to easily observe personal space? It's the automatic awareness of where my body stops and yours begins. The key word here being subconscious. When I have a parent complaining of problems with a child getting in other people's space, you can bet I'm checking Hand Supporting reflex. (Don't worry, Dr. Masgutova has developed a safe way to check Hand Supporting - no need to throw them to the ground to see if they catch themselves.) Usually it's dysfunctional* - and by this I mean not working how it should.

As you can imagine, there is a lot more to Hand Supporting than just observance of personal space. A child (or adult) who is too passive or aggressive usually has poor Hand Supporting. A tendency to hit or throw things can mean this reflex is off. And, the broader implication of this and many dysfunctional reflex patterns is this:

The brain activates other "safety" systems to compensate for missing or poorly-developed reflex patterns. If you can't trust your Hand Supporting reflex to keep you safe from a fall or protect your body, it will activate HPA stress axis to keep the system on high-alert, scanning and looking ahead for potential danger. If people are always seeming to end up bumping into you, or vice versa, the brain perceives situations where we have to use this built in personal space system as problematic or something to be avoided, which is another reason why:

So what do we do?

Thankfully, the brilliance of Dr. Masgutova's work doesn't stop at assessment and research. She has developed a comprehensive program to intervene and rewire this and many other reflex patterns. It's skilled and nuanced work, so you'll need to find a trained MNRI therapist. They have a provider directory HERE if you're looking for one in your area. While you're there, the website has a lot more information about the method, research, and more.

What age is best for this method?

I have two answers for this - as early as possible (my second son was 5 hours old when my friend and Core Specialist Isabelle Fontaine came to evaluate him) and it is never too late to start. Many adults have benefitted tremendously from repatterning these reflexes, often due to trauma or prolonged stress.

*dysfunctional reflex: (This is, again, an oversimplified explanation. Dr. Masgutova would describe in much more detail the symmetry, timing, direction and strength of the reflex).

What does reflex integration have to do with connection? 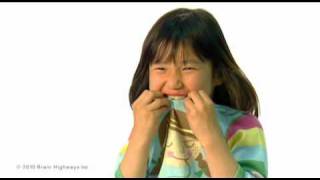 Getting Ready to Write

Power (and Peril) of Praise